The other day I opened my email on my phone while my husband was preparing dinner and almost passed out when I saw an email from Disney with the subject line “Disney Invites You to LA 5/6-5/8.” Seriously, when I opened that email I couldn’t even eat dinner, I was SO excited that I was going to have the opportunity to be one of 25 lucky bloggers on this trip with Disney. I kept reading the email over and over and telling my husband about it. He just said “you’re going, right?” Of course I responded right away to say I was going and then put leave in at work the next day! I keep reading the email over and over to ensure that it wasn’t an April Fools Joke and that it was actually meant for me….sure enough I am going! 🙂

I am excited for this trip which will include a special screening of Tomorrowland, which opens in theaters everywhere May 22 and which stars…. George Clooney and Hugh Laurie and is directed by Brad Bird! We will also be visiting the Disney Archives to learn about Walt’s vision of “Tomorrowland” and a trip to Los Angeles wouldn’t be complete without a visit to Disneyland!!!!! AH, I am SO super excited as I’ve never been to Disneyworld or Disneyland!

Take a look at the latest trailer from “Tomorrowland” Disney’s riveting mystery adventure “Tomorrowland,” where a teen bursting with scientific curiosity and a former boy-genius inventor bound by a shared destiny embark on a mission to unearth the secrets of a place somewhere in time and space that exists in their collective memory. 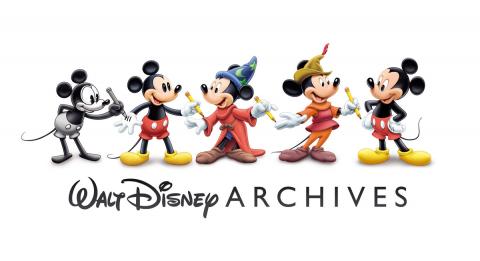 Preserving our legacy is something taken very seriously at The Walt Disney Company. In fact, for more than four decades, the Walt Disney Archives has carefully safeguarded the most treasured items from Disney’s fabled history.

The Walt Disney Archives had its beginning in 1970 — while Disney was still reeling over the passing of its founder, Walt Disney. At the time, Walt’s brother and the Chairman of Board Roy O. Disney, wanted to ensure that as key imagineers and animators began to retire, their vast knowledge of Disney history was not forgotten.

Disneyland-The Happiest Place on Earth. We will be visiting “Tomorrowland” here!! 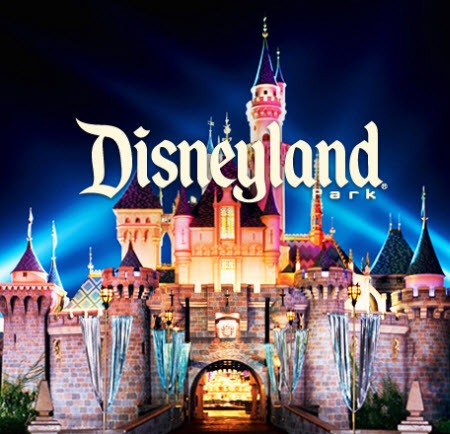 Here in Tomorrowland, the future is today! So, ready your rockets, boys and girls, as you blast into the twin orbits of innovation and exploration. But Tomorrowland is more than a fascinating collection of gizmos — it’s a spaceport where your imagination lands each day to glimpse otherworldly wonders, embark on fantastic voyages, and witness the pioneering of the human spirit.

Tomorrowland embodies the Space Age and the optimistic advancement of humanity, promising the day when we will touch the stars. Marvel at the bold rings and sweeping spires. The “Googie” architecture — a space age look that was enormously popular during the 1950s — first appeared in Tomorrowland in 1959.

Shiny orbs, kinetic sculptures, metallic finishes and mechanical touches also raise your sights skyward, lending a feeling of otherworldliness to the attraction architecture. Further, the plants in Tomorrowland are meant to be edible! The visionary landscaping doubles as a potential farm, projecting an ecologically astute future, where humanity makes the most of its resources. 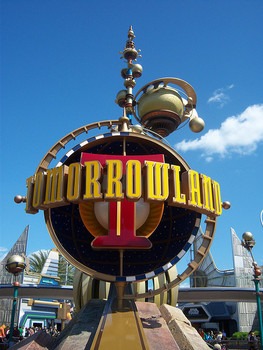 Disney California Adventure Park will allow us to have some #FrozenFun 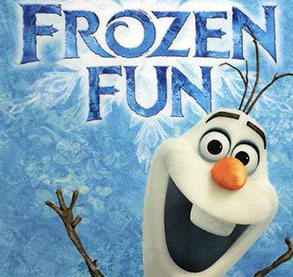 “Frozen Fun” is a big hit at Disney California Adventure park, bringing guests into the story of Disney’s animated blockbuster film, “Frozen.” Anna and Elsa are receiving visitors in their elegant greeting location, “Anna and Elsa’s Royal Welcome.” Guests can sing-along at “For the First time in Forever – A Frozen Sing-Along Celebration,” where Anna, Elsa and Kristoff take part in a lively retelling of their story with popular songs from the movie. Everyone’s favorite snowman, Olaf, is ready to give a warm hug to guests of all ages. There’s a lot of “Frozen Fun” to be had, now through May 15. And Southern California residents can purchase tickets at special prices through May 20.

Stay tuned as more details come in and be sure to follow our special #TomorrowlandEvent:

You can even follow along on Tomorrowland’s Social Media Channels:

Follow This N That with Olivia on our social media channels so you’re ready to follow along:

TOMORROWLAND opens in theaters everywhere on May 22nd!

Disney has invited me to Los Angeles to attend a screening Tomorrowland. All expenses have been paid for by Disney but all opinions are always 100% my own

Olivia we are going to have an amazing trip together! I can't wait to meet you!

You will have a blast! I can't wait to follow along!

The kids and I can't wait to see Tomorrowland! I hope you have a great time!

Can you believe that #ThisIsHappening! I cannot wait to finally meet you and everyone else in person and be a part of this once in a lifetime experience!

We are going to have so much fun! I can't wait to meet you :grin: